ADELANTO, CA,March 13, 2019–Cal Poly Pomona’s College of Engineering will induct Exquadrum’s Co-Founder and President Eric Schmidt into their Hall of Fameon Wednesday, March 20, 2019. The Engineering Hall of Fame recognizes, honors and preserves the outstanding accomplishments and contributions of alumni engineers who have distinguished themselves in the community through leadership and professional achievement. 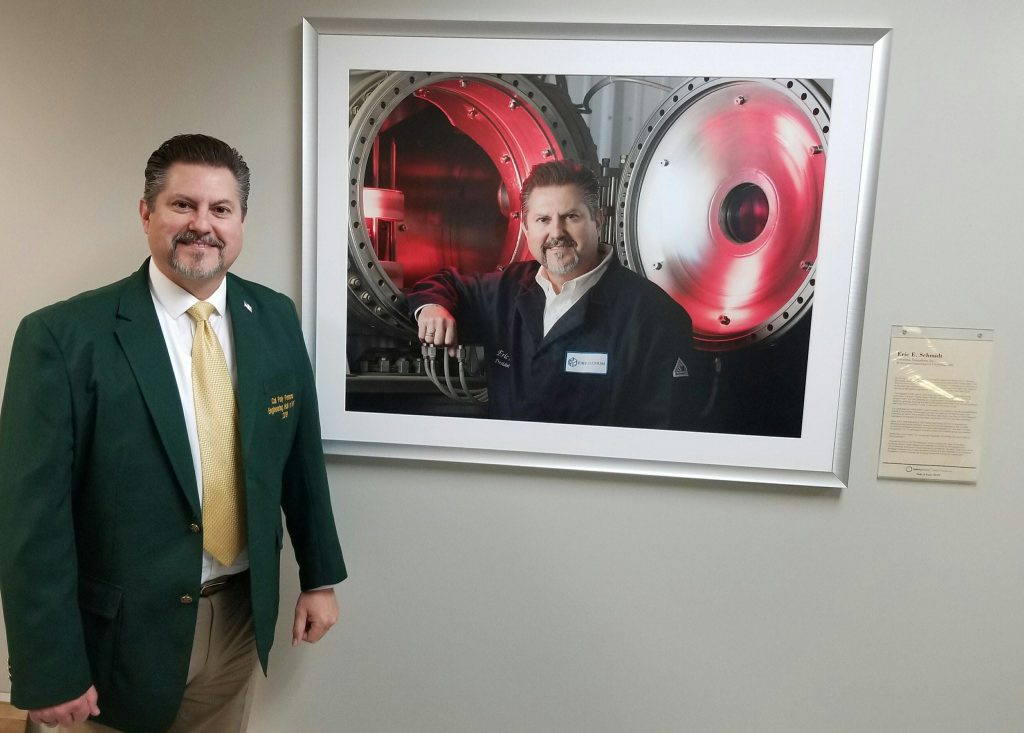 Inductees were selected from a list of over 29,000 engineering alumni and will be featured in large framed photos together with biographical information which will displayed in the engineering building on campus. “I am humbled and honored to have been selected by such a respected group to receive this prestigious recognition,” said Eric Schmidt, who is the youngest Hall of Fame inductee.

Eric Schmidt graduated from Cal Poly Pomona in 1992 with a B.S. in Aerospace Engineering and started his career at the Air Force Rocket Propulsion Laboratory (AFRPL) at Edwards Air Force Base. While at the AFRPL he became a lead engineer onthe team responsible for the research and development of future liquid rocket propulsion technologies, eventually managing the Nation’s leading technology development program for cryogenic upper stage rocket engines.

In 2002 Eric co-founded Exquadrum Inc., an innovative aerospace research and development contractor. As President, Eric has played an integral role in securing and successfully performing on many Department of Defense and NASA research contracts ranging from hypersonic wind tunnel component development, blast wave pressure sensors, and, of course, as rocket technology. He has been awarded multiple patents with the US Patent Office from this research and has several patent applications in process. In the last 16 years, Eric has steadily grown Exquadrum to a multi million-dollar corporation developing new inventions and technologies to aid our nation’s warfighters, while employing nearly 40 engineers, technicians, and business staff at three locations in California. 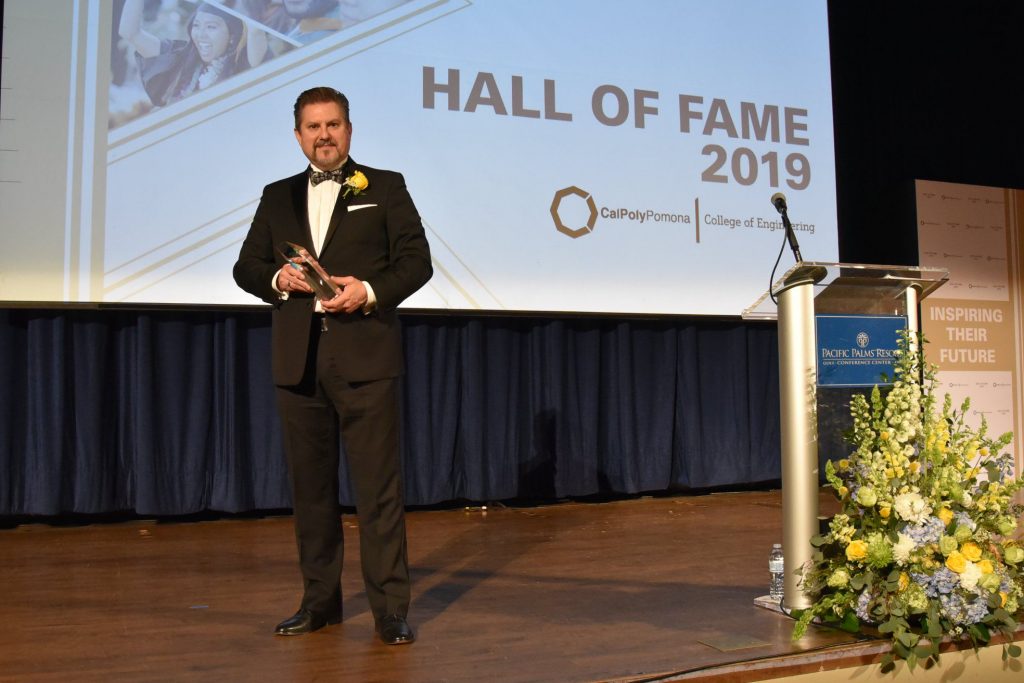 Eric Schmidt is passionate about education and his community which he continually demonstrates through his involvement with both civic and educational initiatives. Eric served on the Hesperia City Council from 2012-2016, was President of the Victor Valley College Foundation and a Board Member from 2012-2018, and was Co-Chair & an Executive Board Member on the San Bernardino County Alliance for Education from 2010-2016. He currently is a member of the Industry Action Council at Cal Poly Pomona(Aerospace Engineering Department since 2014),and serves on the Regional Career Technical Education Advisory for Aviation/Aerospace under the Mountain Desert Career Pathways JPA.

Mr. Schmidt regularly provides guest lectures at the middle school and high school grade levels discussing STEM career fields and motivating students to use their love of math and science to pursue these fields. Through his company he has been able to employ high school students in technical positions where they have learned firsthand what it means to be an engineer and work in a research and development environment. Through his service on the Industry Action Council at Cal Poly Pomona,Eric works with the department faculty to provide the best education possible for students.

As his passion is student success, he has stayed connected with the students by mentoring and engaging them in rocket technologies, and the aerospace industry as a whole.Nearly half of his company’s engineering staff consist of Cal Poly graduates, a testimony to the faith Eric has in the learn by doing approach of the university. Eric also recognizes the power of Cal Poly Pomona’s learn by doing paradigm. “The skill to arrive at elegant answers to complex problems was nurtured at Cal Poly Pomona and has become the hallmark of my company, Exquadrum, which is known for thinking outside the box by our customers.” 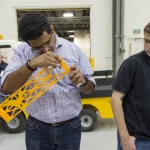 Previous Story:
On a ‘Curiosity Quest’
Next Story:
Exquadrum’s Co-Founder and President Inducted into Cal Poly Pomona’s College of Engineering Hall of Fame